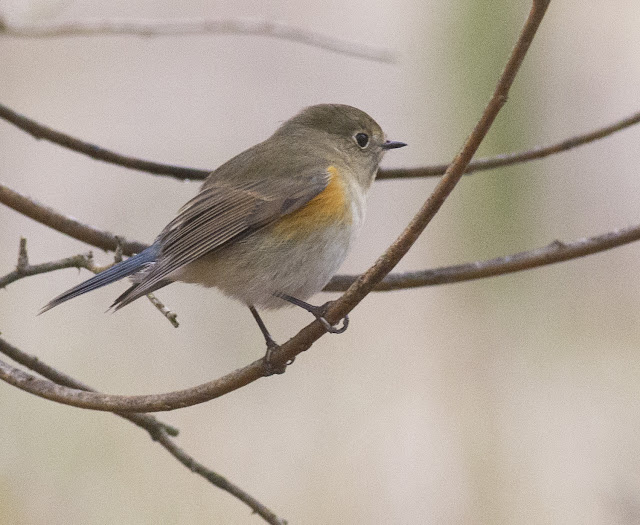 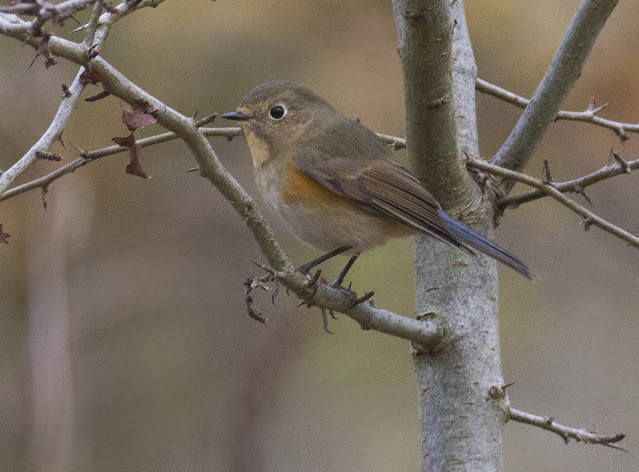 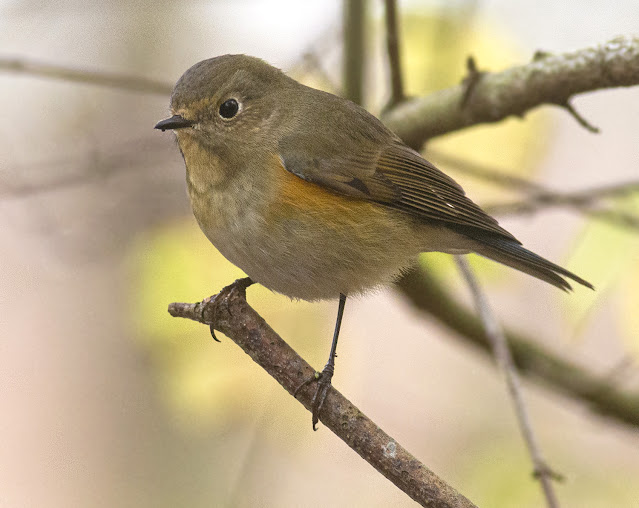 When news reached me and a few others, yesterday afternoon, of a convincing description of a Red-flanked Bluetail at Deepings Lakes, found on Tuesday by visiting birders (on holiday from Devon!), I was sceptical. Mostly, I confess because I didn't want to have missed out on the rarest bird ever to have been found on my patch.
The re-finding was all a little surreal, with Paul Bolton and Mike Weedon hearing it and then John Pegdon and myself hearing it some distance from where Paul and Mike had heard it. We all convinced ourselves, we hadn't heard it. But thankfully Paul persevered and re-found it where him and Mike had heard it originally.
Here it showed exceptionally well, completely fearless of us and at one point fed right next to me. Bonkers- I've seen plenty in the UK and none have shown as well as this one!
It continued to be harassed by Robins and moved onto to where John and I heard it. Clearly part of a circuit, it was at this point it got harder to follow, and I needed to get back to work. It wasn't seen again after I left which seems mad, considering how well it showed once we found it.
This is my 141st species I have seen at Deeping Lakes this year, a meaningless total for everyone, but a personal best for a year on my patch. It's also my 250th species in the PBC year, ever!
Posted by Will at Friday, December 02, 2022

Here you will find my latest photos I have taken from around the UK, with occasional trips abroad also featuring here.

All images are copyright William Bowell. If you would like copies or to reproduce any then please get in touch.

If you have any enquiries or would like to purchase a photo in some form, then please e-mail me at w.bowell@btinternet.com